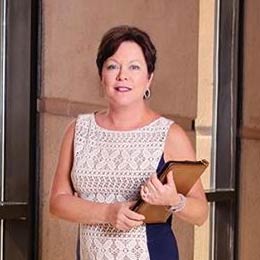 Each year, the TCSG State Board evaluates the state technical colleges for the Perdue Award using almost two dozen performance categories, including enrollment in technical and adult education programs, student retention and graduation rates, licensure pass rates, economic development measures, national awards, and academic efficiencies. The award caps a banner year for Savannah Technical College, which also included the opening of a new Aviation Training Center, celebrating partnerships, and many other highlights. The College began its new Baking and Pastry Hygiene class and opened new Cosmetology and Barbering labs at its Liberty Campus.

The College enrolled 7,380 students in credit classes during FY2013, which was the seventh largest enrollment in the TCSG. The College produced 1,611 graduates programs during the year, which was six percent more than the previous year. In addition, nine of 10 STC graduates, who took their state licensure exams during the past academic year, passed those tests.

This award is an overall measure of the College’s success. There is nothing more important to our faculty and staff than ensuring the success of our students to develop our region’s workforce through technical and adult education programs.

Arming Students with Skills to go to Work

In February 2014, the Chatham study conducted an assessment of the county workforce and researched barriers to meaningful employment by interviewing human resources professionals, job seekers and small business employers with an emphasis on entry-level positions. This study illustrated a nation-wide underemployment issue affecting more than 10 million people in the U.S.

“From the Savannah Economic perspective, the top two things prospective companies look at when they consider Savannah are infrastructure and workforce,” said SEDA President Trip Tollison. “We know we have the infrastructure, but we needed a better understanding of our workforce, both the positives and the negatives.”

According to the study the top perceived barriers for employers for under-employed is a lack of education/ training/skills. Job seekers rated a perceived barrier of criminal record top, followed closely by lack of education/training/skills. In order for unemployed and those without a high school diploma to qualify for new entry-level jobs, they need training. The study showed there are
61 organizations in Chatham County offering 247 workforce programs, and Savannah Technical College delivers more than 65 percent of these programs.

Building Hope in Our Communities

In October 2013, the United Way of the Coastal Empire invested $290,000 in Accelerating Opportunity (AO) at Savannah Technical College to support the delivery of an integrated basic skills, GED and post-secondary technical training program. The end goal was to serve 75 individuals and 50 of them would find employment after program completion.

Davida Williams is one of the AO success stories, finishing her GED in Spring 2014. She is currrently enrolled in the College’s Patient Care Technician certificate program and intends to go into nursing after graduation. She left high school at 17 and worked two jobs to care for younger siblings when their mother left them. She missed earning her high school diploma by one point on a graduation test, but knew she would eventually come back to school.

She attributes her success to STC’s AO team. “Everyone wanted me to be successful,” said Williams. “The teachers and administrators helped me get to class, paid my testing fees, called and emailed me and always checked up on me. They were like second parents.”

This 4.0 grade point average student is ready for future success. “Now just getting my GED isn’t enough motivation for me,” she said. “Knowing I could go into healthcare made me want to meet my goal.”

Savannah Technical College celebrated the opening of its Aviation Training Center in Fall 2013 at the Crossroads Campus. Then, in May 2014, the College was granted Federal Aviation Administration approval to teach the Aviation Maintenance Technology program, becoming the eighth college in the state and the only one in Coastal Georgia authorized to offer this training.

“This long-awaited announcement means that Savannah Technical College can now offer the full range of aviation training to meet the workforce demands in one of the region’s critical industries,”
said College President Dr. Kathy S. Love. “The Aviation Training Center was designed and built in anticipation of this important step.”

The Aviation Training Center is 29,152 sq. ft. featuring a 5,000-sq. ft. hangar with a hoist, four training labs and six classrooms with a tarmac on the back of the property. The four state-of-the-art training labs include: Powerplant lab for turbine engine training, Airframe lab for airframe composition training, Aircraft Structural lab for training in areas of sheet metal and cabinet making and Composite lab for electronics and avionics.

“General aviation contributes more than $150 billion to the U.S. economy and employs more than one million people,” said Ira Berman. “This new Aviation Training Center, which strengthens an already long standing and fruitful relationship between our organizations, will further ensure that Gulfstream has a steady pool of highly qualified and motivated applicants.”

This local push comes from the Lumina Foundation’s national announcement of its Latino Student Success efforts, including a $600,000 investment in CAMINO, as the only program selected in Georgia.

The CAMINO program is centered on Latino communities in the four Southeast Georgia counties that surround Savannah: Chatham, Liberty, Tattnall, and Toombs counties. This area has a
total population of approximately 26,000 Latinos, representing an average of 6.84% of the total population in the four counties (Census 2010).

With the partnership of the region’s post-secondary education institutions, the area Hispanic/Latino community now has the support needed to increase student success.

Partnership and collaboration have always been key elements in accomplishing goals shared by many. Education is no different. Henry Ford said, “Coming together is a beginning; keeping together is progress; working together is success.”

“We are pleased to announce the beginning of an important partnership between our institutions,” said Love. “With this partnership, I can honestly say that the higher education community in our region is leading the way in the Complete College Georgia initiative.”

A Smile is the Universal Welcome

“Bringing this program to Savannah Technical College is the perfect example of our commitment to local workforce development,” said STC President Dr. Kathy Love. “We listened to the concerns of area dentists and worked diligently to create a seamless transfer of location and administration of the program.”

The College constructed a new facility with a mix of renovated space and new construction that includes a clinical lab with 24 dental hygiene stations, four radiology rooms, a dental materials lab, two classrooms, specialized spaces for records, sterilization, and patient reception, as well as six faculty offices and an administrative area. The $1.81 million project was designed by Hansen Architects of Savannah and built by Benning Construction.

Dr. Suzanne Edenfield, Dental Hygiene department head, has been with the program for 30 years providing instruction, clinical supervision and administrative leadership. She is proud of the program’s record of success, noting that most students are offered employment positions pending successful completion of two credentialing examinations and licensure. The program has posted a 100% licensure pass rate for many years.

“We have developed this unique baking and pastry program especially for our culinary students,” said Vendeville. “There is nothing like it from Atlanta to Charleston.
This program offers a tremendous opportunity to train our students to achieve high standards and quality baking and pastry skills, which will benefit area hotels and restaurants.”

Based on curriculum from the American Culinary Federation (ACF), students enrolled in the  program learn the art of creating tasty baked goods, pastries, and confections, from traditional bread baking to beautiful showpieces. Students also learn a variety of international and classical pastries and desserts using basic and advanced techniques, which meet industry quality standards.

The College dedicated a classroom solely for Chocolate and Confection Artistry classes. Luke Atwell, Coastal Granite & Marble owner and former Savannah Tech student, donated 15 granite slabs to equip the classroom. The granite cools melted chocolate, so that the chocolate can be tempered and worked with more easily.

As the 2012 Instructor of the Year, Chef Vendeville has led student teams to countless victories and championships. Under his direction, culinary arts enrollment has increased 130% since 2008. With the College’s ongoing commitment to excellence, students will acquire the ability to excel quickly.

The first class graduated from this program in 2013.  The program, like Culinary Arts, is so popular, additional classes have been added, and some students are on a waiting list to enroll.

Enrollment (based on fall semester 2013):

Enrollment by County (based on AY 2014 Enrollment)