“Our team’s win on a regional level shows the excellent culinary education Savannah Technical College provides,” said STC Culinary Arts Department Head Chef Jean Vendeville. The team of second-year culinary/baking and pastry students has been training twice a week for the past six months. “This team has become as good as they are due to their hard work. We look forward to the national competition,” said Vendeville.

To earn a gold medal in the Knowledge Bowl a team must score an average of more than 600 points in two of the five games in the competition. This team was undefeated after competing against five other teams in the Southeastern region.

First held at the 1992 ACF National Convention in Washington, D.C., the Baron H. Galand Culinary Knowledge Bowl is the brainchild of Carol Kelly, a member of the Nation’s Capital ACF chapter and a culinary instructor. She used the competition format to test her vocational high school students. As the competition grew, it was named after former ACF President and long-time advocate of apprentices and junior members Baron H. Galand, CEC. Today, the competition includes sensory questions, hidden pictures, and of course challenging culinary, baking, nutrition, sanitation and math questions.

The Culinary Institute of Savannah offers ACF-accredited diploma and degree programs in culinary arts and has been described as the “best in the U.S.A” by its ACF accreditation review board. Previous STC student teams won three consecutive ACF southeast regional championships – in 2010 in the Hot Food Team competition and back-to-back wins in the Knowledge Bowl competition in 2011 and 2012.

Under the direction of Vendeville, the American Culinary Federation’s 2014 Chef Educator of the Year, the College offers associate degrees in Culinary Arts along with Baking and Pastry. The Culinary Institute of Savannah has earned distinction as one of the top four culinary programs in the country according to the American Culinary Federation (ACF). Vendeville has assembled a top-notch team of faculty, who have each earned national ACF certification under his leadership. For more information about STC Culinary Arts visit: www.facebook.com/ChefJeanVendeville.

GOAL honors outstanding students at each of the Technical College System of Georgia institutions. She will represent Savannah Tech at regional and statewide events to select a student to serve as the ambassador for technical education across the state. The highly competitive process involves academic success, community engagement and public speaking. Winners are nominated by their instructors and selected after interviews with a panel of business and community leaders.

Dutton is a top-performing student in her program. “What I respect most about Ruth Ann is her dedication to family and her commitment to the community,” said Paralegal Studies Department Head Debra Geiger. “Her technical college experience has encouraged her growth in many ways, including academically, personally and professionally. Ruth Ann’s story is certainly a model for success that will inspire others to reach their full potential by simply believing in themselves.”

Dutton, expects to graduate this year, after completing a summer internship with the Georgia Legal Services Program (GLSP) office, where she has volunteered for the past year. According to Geiger, Dutton has become the “go-to” person in the GLSP office for drafting legal correspondence and has helped train new paralegal students. Dutton has an associate’s degree in business administration from Gordon College and prior to that, earned a certificate in electrocardiogram from Griffin Technical College.

“Choosing technical education allows students to have hands-on knowledge and experience,” said Dutton in her GOAL biography.  “The schedules allow for students to have access to education needed, while still working and supporting their families. My attending school again shows my son that it is never too late for an education.”

“Sarah has demonstrated teaching excellence through her diverse instructional approaches,” said STC President Dr. Kathy Love.  “From incorporating technology into the classroom to creating collaborative and cooperative learning environments, Sarah continues to be innovative. She engages her students by promoting a style of teaching which encourages students to connect classroom and real-world practices. She brings with her a wealth of knowledge and learning opportunities that prepare students to think critically.”

Hunt has been department chair of humanities and fine arts at Savannah Technical College since 2013. She began teaching in the STC General Studies department as an English instructor in 2007. She has an MFA in Professional Writing from Savannah College of Art and Design earning an Outstanding Academic Achievement Award. She also has a bachelor of arts in English and a degree in creative writing from the New Orleans Center for Creative Arts.

The award has been an ongoing statewide event since 1991 and is designed to recognize technical college instructors who make significant contributions to technical education through innovation and leadership in their fields.  Formerly known as the Commissioner’s Award of Excellence, the Rick Perkins Award was renamed in memory and honor of Thomas “Rick” Perkins, an instructor at West Central Technical College, now West Georgia Technical College, who received the Commissioner’s Award of Excellence prior to his untimely death. The Technical College System of Georgia (TCSG) provides oversight for the Rick Perkins Award program through the System Office’s programming staff, the presidents’ Academic Improvement committee and the state planning committee. 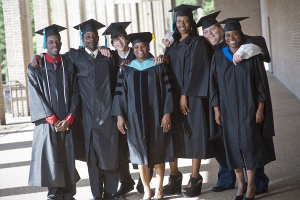 SAVANNAH – Through February 28th, the GED® Testing Service will be offering the GED Ready practice tests for $1 each, a savings of $5 per practice test, along with a savings of $10 off one of the four GED® subject tests.  The GED® Ready test is the official practice test of the GED® program and provides potential test-takers a chance to find out if they are ready to pass, or still need to work on key skills.

Practice tests offer students a chance to see if they are ready to take the GED® test, get personal study plans to help improve scores and learn the exact pages and chapters needed to study.

Savannah Technical College also offers free GED® test preparation classes. In 2014, students who attended class were more than twice as likely to pass the test as those who did not attend class. Walkins had a 51 percent pass rate, and STC test prep students had an 81 percent pass rate.

GED® test classes are offered in Bryan, Chatham, Effingham and Liberty counties in the morning, afternoon, evening and online. For GED® testing information, go to www.ged.com to sign up to take test or go to www.savannahtech.edu/testingcenter to learn more about our testing locations.

Savannah Tech’s Adult Education Program serves those who need to improve their basic literacy and math skills, improve their oral and written English, practice for the GED® test to attain a high school equivalency degree, and prepare for college. Instructors also help students with science and social studies test preparation for GED® testing. STC teaches adult education classes in the morning, afternoon, evening and online. They are offered in Bryan, Chatham, Effingham and Liberty Counties with multiple locations in each community. Adult education classes for GED®-prep are currently free for all U.S. citizens.