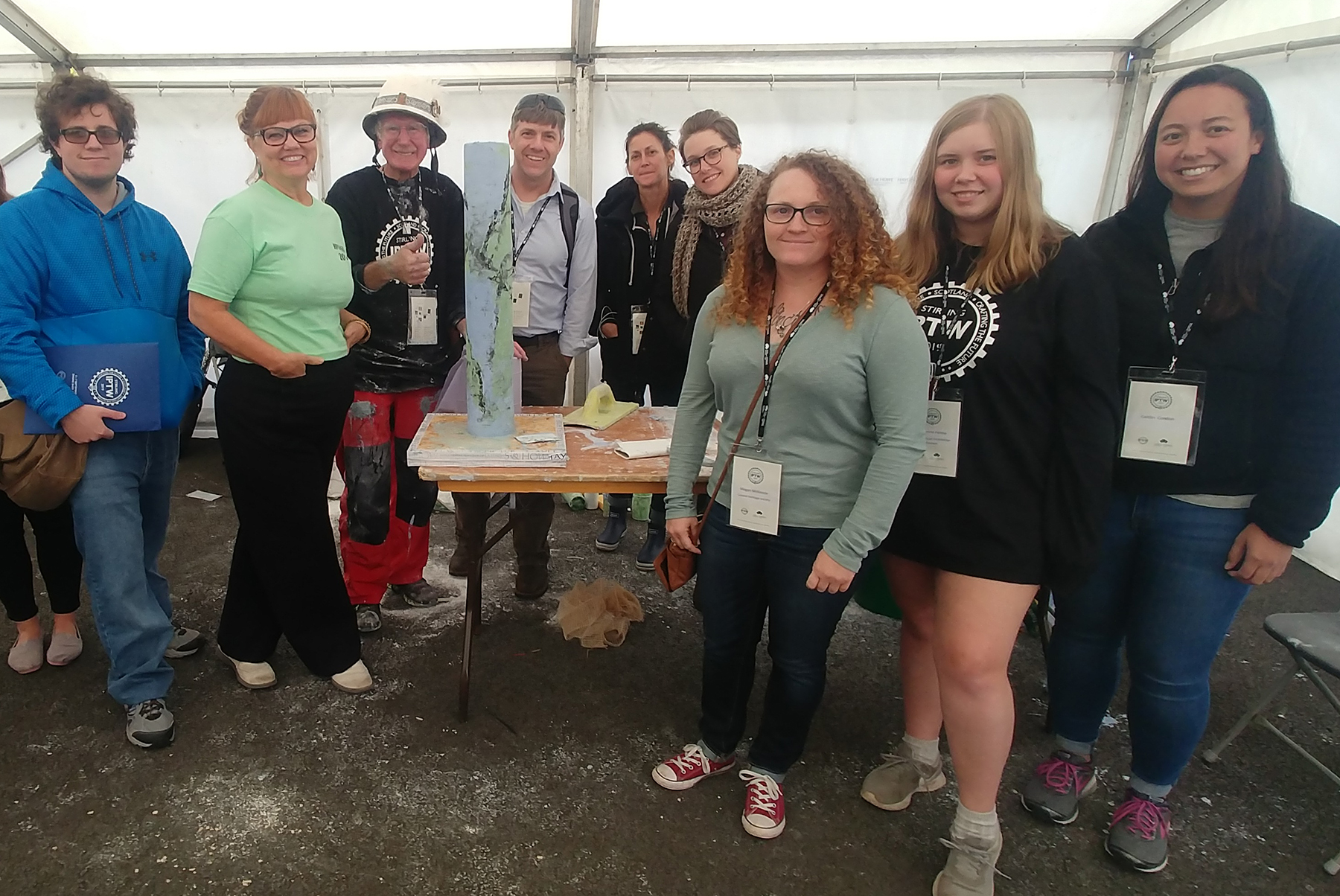 “Learning closely with master craftsfolk was an eye-opening experience,” said STC Historic Preservation student Mae Bowley. “Not only the high level of skill, but also the commitment to education for the next generation of craft practitioners, was powerful.”

STC Historic Preservation students Bowley and Shea Caruso presented a lecture on student involvement designing, developing and fabricating a collar repair bracket used to repair damaged historic markers. This bracket was initially designed to be used for the Troup Square “Jingle Bells” marker restoration in Savannah in 2017. A patent application has been submitted and is in the final stages of review for the collar bracket design.

STC Historic Preservation Department Head Benjamin Curran also presented at the conference during the Educational Symposium. Curran’s presentation addressed the key importance of the trades education to the preservation of our built environments.

“Having the chance to visit the UK for the 2019 International Trades Preservation Workshop really was a once-in-a-lifetime opportunity,” said STC Historic Preservation student Caitlin Condon. “Not only were we able to learn new techniques, we were able to connect with other preservationists from all over the world and meet with the masters of the trades. The location only added to the experience, and the ability to take field trips to Doune Castle and Stirling Castle made the trip that much more fascinating.”

To augment student learning opportunities beyond the conference, students spent three and a half days in London, two days in Edinburgh, Scotland, and three days in Stirling, Scotland.

While in London students visited four of the most notable museums in the world; the British Museum, the Victoria and Albert Museum, the National Gallery, and the Museum of Natural History. In addition to seeing some of the greatest pieces of art in human history, students also saw collections of artifacts representing the materials and methods that constructed some of the greatest cultures known to the ancient world. Students also visited Buckingham Palace, Westminster, the Tower of London, St. James Park, and Piccadilly Square. Students were also able to see numerous examples of the Medieval, Tudor, Baroque, Georgian, Regency, Victorian, and Edwardian architecture that influenced the development and evolution of American Architecture.

Students traveled by train to Edinburgh, Scotland where they explored the Old Town District, Edinburgh Castle, and hiked up Arthur’s Seat.

“Much thanks to Benjamin Curran for organizing this educational adventure,” said Hollingsworth. “And equal thanks to Savannah Tech for allowing us to represent our school and program on an international level. We interacted with professional preservationists who are at the top of their game and inspired us to follow their lead. Aye, they were a bonny clatch and we will do them proud!”