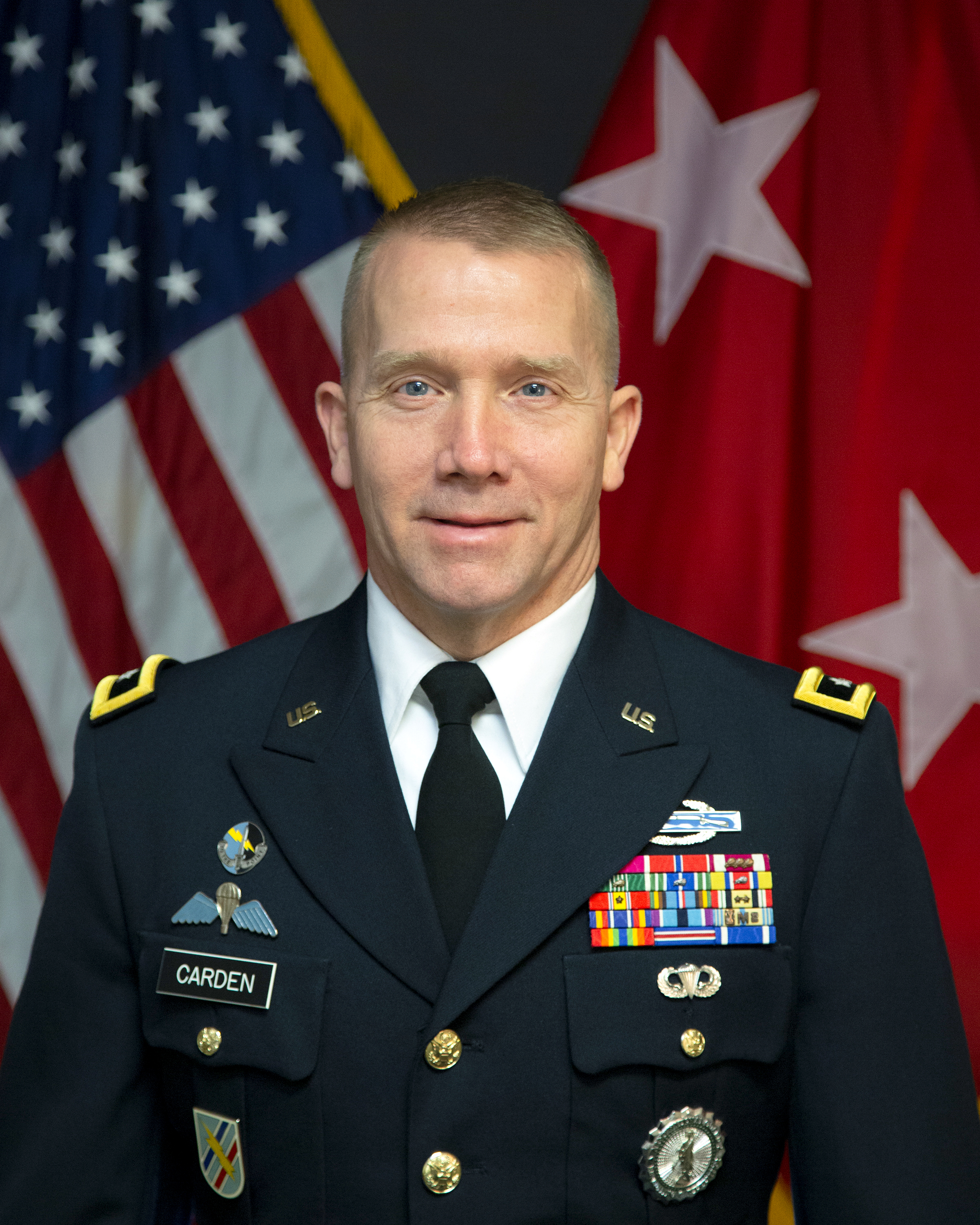 SAVANNAH, Ga. – Major General Thomas M. Carden, Jr. will deliver the commencement address at Savannah Technical College’s 2019 graduation at 6 p.m. on Thursday, May 13, in the Johnny Mercer Theatre at the Savannah Civic Center.

Savannah Tech has awarded more than 400 degrees and diplomas for students that completed coursework from fall 2018 through spring 2019. Also, more than 460 GED diplomas have been earned during that time. Savannah Tech expects 265 degree, diploma and GED recipients to participate in graduation.

Major General Carden, Jr. was appointed by Governor Kemp in January of 2019 as the 43rd Adjutant General, Georgia. He is responsible for directing, coordinating, organizing and stationing the Army and Air National Guards of the State of Georgia, the Georgia State Defense Force and federal and state civilians, ensuring their readiness to perform state and national missions.

During his career, he has held a number of key positions in the Army and Georgia Army National Guard. Most recently, he served as Deputy Commanding General of the North Atlantic Treaty Organization’s Multi-National Division Southeast (Romania). He previously served as the Georgia Army National Guard Commanding General, chief of staff, deputy chief of staff for operations, and deputy chief for personnel.

In 2005, he deployed to Iraq with the 48th Infantry Brigade Combat Team as part of Operation Iraqi Freedom.

Major General Garden graduated from Georgia Southwestern State University in Americus, Ga., with a Bachelor of Science in history.  He later earned a Masters of Arts in human resource management from Webster University in St. Louis, Mo., and a Master of Science in strategic studies from the U.S. Army War College.

The College has the highest military-affiliated enrollment in TCSG. One in four STC students is a veteran, active duty service member or a military dependent/spouse. For the past three years, the College has been ranked the top Best for Vets public technical and career college in the U.S. by Military Times.